If you've ever had to work on a project that needed capturing high fidelity audio, you may have come across the ever so popular H4N audio recorder. For an upcoming project, I needed to use the handy device as a boom mic.

Using a on-stage mic stand with the H4N makes a perfect combination for a boom-mic.

Because of the ridges between the layers of a 3d printed part, the threads get etched into the cavity of the adapter. The tolerances hold up nicely with a diameter of 14mm printed with 2 shells, 10% infill, 0.2 layer height and 90/150 speeds. The most common mic stand has a metal rod with a threaded tip that has a diameter of 13.5mm.

To secure the connector and attachment pieces together, we'll need a metal screws with plastic knobs and a screw nut. This simple 2-piece design secures the H4N to the on-stage mic stand rather nicely. Notice the cavity is almost too big to hold the screw nut. This can easily be corrected by adjusting the sketch ~0.3mm smaller.

The connector and attachment pieces have these tiny ridges on the surface where the two parts connect; causing friction when tightened and locked into position. I got this idea from an camera lighting mount that has a similar swivel type mount. Notice how some of the ridges are scuffed up. This is from the ridges smashing into each other from the initial installation. The may wear down over time, but I don't plan on moving it that much.

It's very convenient when audio/video devices use standard mounting holes, common among tripods and the H4N has one in the back of the device. The screw has a plastic knob and a standard tripod thread. The knob secures the attachment part to the H4N by fastening through the mounting hole of the attachment piece. It was actually scrapped from the very camera light which gave me the idea for the ridges in the adapter. Since the length of screw was too big, I used a cylinder to create spacer that would keep the pieces tight when fastened together.

The two piece design allows for tilting the H4N in different positions. The knob is loosened and tightened to adjust the position. The screw nut keeps the connector and attachment parts secured when the knob is tightened. The screw nut itself is held inside a cavity on the outside of the adapter.

Adafruit was founded in 2005 by MIT engineer, Limor "Ladyada" Fried. Her goal was to create the best place online for learning electronics and making the best designed products for makers of all ages and skill levels. Since then Adafruit has grown to over 25 employees in the heart of NYC. We've expanded our offerings to include tools, equipment and electronics that Limor personally selects, tests and approves before going in to the Adafruit store. We pride ourselves on having great prices, the best customer service, technical support and fast shipping. We hope we can assist you on your journey of learning - At Adafruit we celebrate engineering happiness! 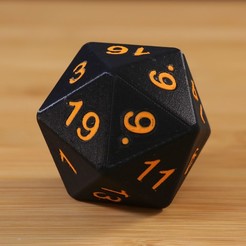