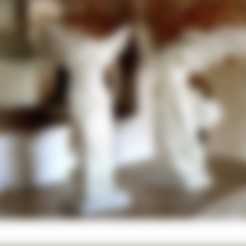 An iconic beacon of martial glamour, Winged Victory, the Nike of Samothrace is widely considered Hellenistic sculpture's greatest masterpiece. It was made between 200 and 190 BC, and more than a century ago important works of sculptural art like it were reproduced in plaster to be bought, sold, and traded by museums, universities, art schools, and private collectors around the world. In 1891, high-fidelity, full-scale, nine-foot-tall plaster casts of Winged Victory could be purchased from the Louvre's own atelier for 300 francs.