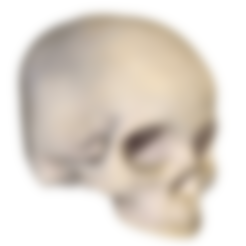 Homo sapiens (Latin: "wise man") is the binomial nomenclature (also known as the scientific name) for the only extant human species. Homo is the human genus, which also includes Neanderthals and many other extinct species of hominid; H. sapiens is the only surviving species of the genus Homo. Modern humans are the subspecies Homo sapiens sapiens, which differentiates them from what has been argued to be their direct ancestor, Homo sapiens idaltu. - Wikipedia, https://en.wikipedia.org/wiki/Homo_sapiens

Great model for learning about evolution.