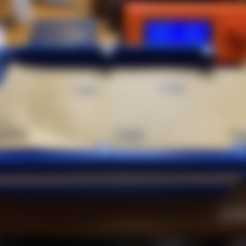 The FIRST thing i do when I come from the hardware store, is to cut my sandpaper to 1/3 sheets.

The SECOND thing i do then, is to LOSE them! I use a 1/3 sheet, put it away safe, then forget where 'safe' is!

What I've done here, is create a set of holders that you can use to separate your sheets into (as i do) ranges. How many you print is up to you, but I've found five, ascending in grit per inch gives a good way to start at 120grit, & move on up to 3000grit

This is my FIRST Creation. And also my first project under Fusion 360.

I originally had designed this to be the holder, built in pegs, & using 'supports' for each print. I quickly decided that doing that was both wasteful & poor design. I then moved to removable pegs, & designed an asymmetrical peg, that could be used on the bottom holder to give different heights of the bench for the first holder. I had some spare 8mm x 1mm Super Magnets laying around, & created depressions in the holes to allow EITHER pegs, or to glue a magnet within!

I've gone completely magnets, & pegs only for the first holder. There's six magnets, & provided you put them all in the SAME orientation, you can move holders up & down easily, or to allow access to the intermediate holders, as shown in the last JPEG.

This is a work in progress, as I intend to design a final lid for the holders, with inbuilt areas for my 3d printed sandpaper blocks, & to also keep dust off the top sheets. 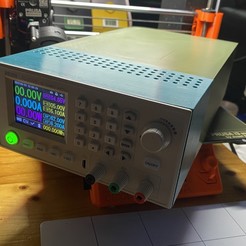 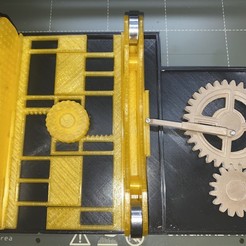 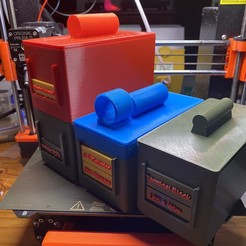 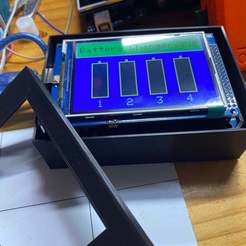