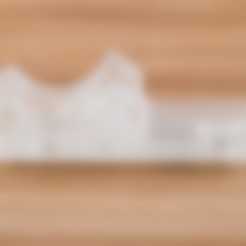 Like the original part, you'll need two short M3 flathead machine screws. I couldn't find any that short locally so I cut down longer screws.

Update 8/5/2014: Added a new version that has small changes that make it easier to use. I haven't gone back and tried NinjaFlex again though (the original version worked for 3-5 hour NinjaFlex prints without any issue, hopefully the new version will do the same). Also added the stl file for the bearing washer I use to offset the bearing a bit (the file has two washers but you should only need one).