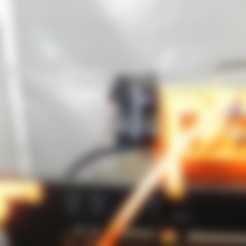 I did some additional testing with a infrared thermometer.
all the motors on the MMU2 and the MK3

the thermometer has an error of about 10 degrees F

without the fan:
the MMU2 right side motors stayed in the mid 90sF
the left drum motor was over 100F
the Z steppers stayed around 101F
and the extruder motor was the hottest at 120F

additionally the Cooling Fan does add a vibration to the machine that vibrates the frame down to the legs.

my conclusion is with the latest Firmware 1.0.2 the motors are running much cooler then before and the cooling fan is not really doing much right now so it will be removed from my machine.

however if you feel you need the fan then give it a try.