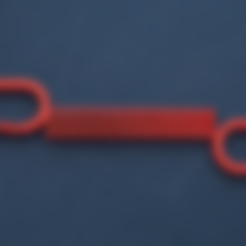 Printrbot Metal Simple is a great little printer, but it has this small issue where one of the cables occasionally gets tangled in prints. So I spent maybe two minutes in 3D Builder to design a ring that slides on the Z axis and pulls the cable up with a rubber band. People in the office saw it and started asking for the design, even suggested I upload it to Thingiverse. I refused uploading such a trivial thing but, later on, I had people coming back asking for rubber bands. Yes, apparently there is a shortage of rubber bands in the world ?! Now that is a problem worth solving, so I set to design a version for Ninjaflex (yes, amongst 3D printing folks Ninjaflex might be more common than rubber bands). In order to print this version on the Metal simple you need the Adafruit adapter (337267) and for the Microsoft Slicer you will need to edit the settings here: C:/Windows/System32/spooldrivers/x64/3/PB_3DPrinterDeviceConfig.xml (yes, there is a built-in slicer coming with the Printrbot Driver in Windows 8.1 and can be tweaked quite a bit). Ok, I'll admit the Ninjaflex is not that easy to print, so I figured I should also try a PLAin PLA version. That turned out equally functional and maybe better looking than the other two.
Enjoy!