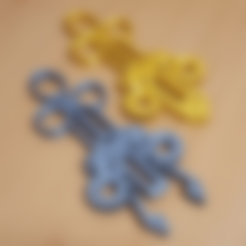 This evolution of the Predator Action Pliers grab-toy model improves the design to address the two main issues people were having with the original model: weak grip and general structural strength.

To fix the grip I followed Ozcymm's approach but instead of shortening the piston I just moved it back one tooth. I took advantage of the new gap left at the front-end of the piston to add some additional teeth, which should provide even more grip when grabbing stuff.

To make the top support frame stronger I added a traverse triangular beam and a couple of hemispheres over the cores of the small gears. Initially I was a bit worried about how to merge the beam with the complicated shape of the support frame while making sure the underside was kept intact (so it didn't touch the moving parts), but in the end the Boundary Fill tool made the combination possible with just a few clicks. So easy!

The stronger frame also means less flexing, which also helps with the grip. It can now grab small things (like the Jeep's roll bar in one of the photos).

I printed two versions using "silver" and "gold" PLA filaments. The silvery one looks more like brushed metal but is still quite neat. The golden one is really shiny; it was hard to snap good photos of it with my limited set-up!

Thanks for the feedback everybody. I hope you enjoy this new version! 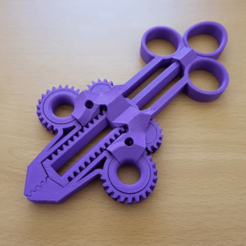 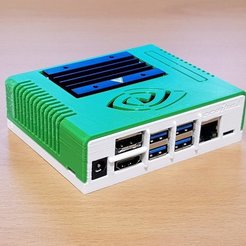 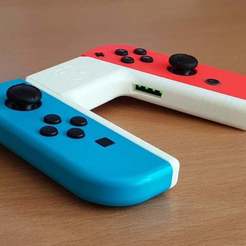