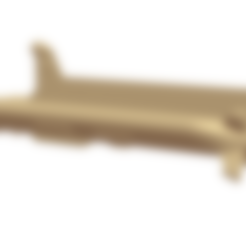 A conceptual design of a submersible autonomous vehicle (submarine) to explore extraterrestrial seas. Specifically, to send a submarine to Titan's largest northern sea, Kraken Mare. This craft will autonomously carry out detailed scientific investigations under the surface of Kraken Mare, providing unprecedented knowledge of an extraterrestrial sea and expanding NASA's existing capabilities in planetary exploration to include in situ nautical operations.