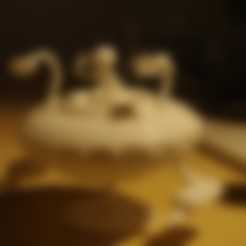 As a follow up to the aliens in The Grey Raid, I bring you some heavier armament in preparation for the full invasion of Earth!

I thought these may be handy given the current re-interest (is that a word?) in War of the Worlds on TV and in the wargaming world.

The cruiser comes equipped with state of the art weapon/propulsion pods, semi-autonomous blaster things and, according to the manual, 'a trans-fractal exciter and useful coffee cup holder'

The next offering will be the walking tripods, complete with useful attachments for enslaving the earthlings.