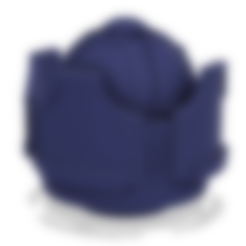 The creation exists nowhere within lore. Instead, I just decided to take some creative liberty and make it up. The concept is an additional void shield fitted with its own sub-reactor which means the void shield does not need to sap energy from the primary reactor. Thus allowing a reaver, in this case, to be better protected without slowing or inhibiting the reaver.

Liek titans, so do I, that's why I'm here, to design more parts for warhammer titans. I also sometimes do knight parts. If you have any suggestions feel free to ask me in the messages thingy.