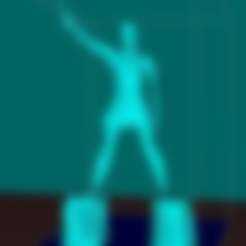 "In the old times, whenever Braavos stood in danger, the titan would step with fire in his eyes. He'd wade into the sea and smash the enemies."
―Ternesio Terys, to Arya Stark[src]
The Titan of Braavos is a fortress in the shape of a massive statue that guards the harbor entrance to Braavos, one of the Free Cities.[1] It stands nearly 400 feet tall.[2]

As a major landmark, the Titan is often used as a symbol of the city itself. The image of the Titan appears on Braavosi coinage.

The nickname of the Braavosi sellsword Mero, "the Titan's Bastard," makes reference to the Titan of Braavos.

The trading galley, the Titan's Daughter, also bears its name in reference to the Titan as a symbol of its home port