The Pain at The Louvre, Paris 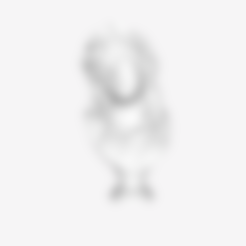 This marble bust, titled La Douleur (eng. The Pain) is a sculpture by Étienne-Pierre-Adrien Gois, also Étienne Gois le père, (January 1, 1731 – February 3, 1823), a French artsit. Gois initially studied under Étienne Jeaurat, then went into the workshop of Michelangelo Slodtz. He won the first grand prize for sculpture in 1757, on a bas-relief with the subject Tullie faisant enlever les morts. The prize money allowed Gois to travel to Rome. At the end of his stay at Palazzo Mancini, he executed a bust of la Douleur (Pain), a work that was presented three years later at the Paris Salon to great success.

The artist executed this work while he was resident at the Académie de France in Rome. Exhibited in Paris in the Salon of 1767, she was much admired. It was part of the pre-revolutionary collection of Disney-English Ffytche.

Gois, realizing this bust of Pain, was inspired by the competition for the study of the expression of passions, established at the Royal Academy in Paris shortly before his departure for Italy. This award, revealing a taste for a sensitive approach of artistic subjects, had a great influence on artists and enthusiasts.