Pierre Puget at The Louvre, Paris 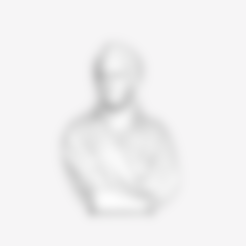 This marble sculpture by Francois-Nicolas Delaistre (Paris 1746- Paris 1836) depicting Pierre Puget; the bust was commissioned to decorate the rooms of the Louvre alonside other sculptures depicting prominent figures in art.

Pierre Puget (16 October 1620 – 2 December 1694) was a French painter,sculptor, architect and engineer. Puget was born in Marseille. At the age of fourteen he carved the ornaments of the galleys built in the shipyards of his native city, and at sixteen the decoration and construction of a ship were entrusted to him. Soon after he went to Italy on foot, and was well received at Rome by Pietro da Cortona, who took him into his studio and employed him on the ceilings of the Palazzo Barberini and on those of Palazzo Pitti at Florence.