Cosimo I de' Medici at The Louvre, Paris 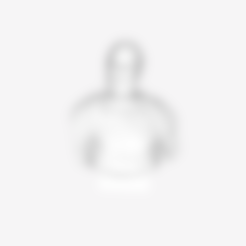 Cosimo is perhaps best known today for the creation of the Uffizi ("offices"). Originally intended as a means of consolidating his administrative control of the various committees, agencies, and guilds established in Florence's Republican past, it now houses one of the world's most important collections of art, much of it commissioned and/or owned by various Medici.

His gardens at Villa di Castello, designed by Niccolo Tribolo when Cosimo was only seventeen years old, were designed to announce a new golden age for Florence, and to express the magnificence and virtues of the Medici. They were decorated with fountains, a labyrinth, a grotto and ingenious "water jokes," and were a prototype for the Italian Renaissance garden. They had a profound influence on later Italian and French gardens through the eighteenth century.

He also finished the Pitti Palace as a home for the Medici and created the magnificent Boboli Gardens behind the Pitti. As his more prominent ancestors had been, he was also an important patron of the arts, supporting, among others,Vasari, Cellini, Pontormo, Bronzino, the architect Lanci, and the historians Scipione Ammirato and Benedetto Varchi.

A large bronze equestrian statue of Cosimo I by Giambologna, erected in 1598, still stands today in the Piazza della Signoria, the main square of Florence.

Cosimo was also an enthusiast of alchemy, a passion he had inherited from his grandmother Caterina Sforza.