Amphitrite at The Louvre, Paris 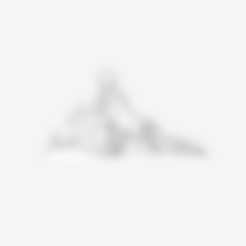 This marble sculpture depicts Amphitrite. It was sculpted by Jacques Prou in Paris from 1655-1706 and originally placed in the Marly-Le-Roi, in the middle of a carp pond, then next to a fountain of Amphitrite. Both sculptures were then moved to be housed in The Louvre where they are exhibited in their permanent collection.

In ancient Greek mythology, Amphitrite was a sea-goddess and wife of Poseidon. Under the influence of the Olympian pantheon, she became merely the consort of Poseidon, and was further diminished by poets to a symbolic representation of the sea. In Roman mythology, the consort of Neptune, a comparatively minor figure, was Salacia, the goddess of saltwater.