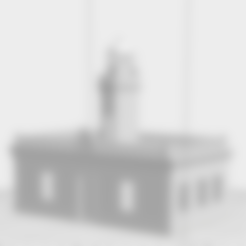 The design features a hollowed out tower and orifice on the floor that allows for a 9volt battery to be inserted in order to light it with diodes. It is my first design and for some reason ended being an absurdly large file size. Not sure why, sorry.

The Spanish began work on a lighthouse on Point Meseta in 1892 to mark the entrance to Guanica Bay and to bridge the gap between the lights at Cabo Rojo and Coffin Island. This sixth-order, fixed-white light was first activated in 1893 and could be seen for eight miles from its lofty perch of 117 feet above high water. Guanica Lighthouse, consisting of a one-story dwelling with an octagonal red brick tower projecting from its flat roof, was built to house a single keeper and was almost identical to the original Point Higuero Lighthouse.
The main entrance to Guanica Lighthouse was on the north and opened into a vestibule. The coat of arms of the Corps of Road Engineers was built into the parapet above the main entrance. On the west side of the structure were two bedrooms for the keeper and a bathroom, while a living room, engineer’s room, and a kitchen/dining room were found on the east side. A square storeroom was located on the south wall, on the opposite side of the tower from the vestibule. A winding spiral staircase led to the octagonal lantern room, which was surrounded by a cement gallery and a cast-iron balustrade.
On July 25, 1898, Robustiano Rivera, keeper of Guanica Lighthouse, spotted the approaching flotilla of American ships and immediately alerted the barrio. All residents of Guanica, except eight men who welcomed the invaders, abandoned their homes and fled to Rivera Yauco where they broke the news to the city’s mayor. After landing at Guánica, American forces quickly marched on to secure Ponce and other cities.
Between January 6 and January 7, 2020 this lighthouse was destroyed during the earthquake swarm that affected Puerto Rico. Unlike the other lighthouses on the island, which followed a sober neoclassical style, this one (like the Rincon lighthouse) had an elaborate cornice and brick wall. The rustic stone walls were covered with a white stucco that combined with the stones of the plinth. 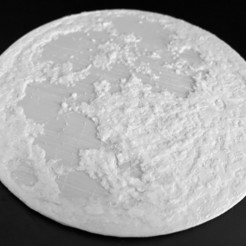 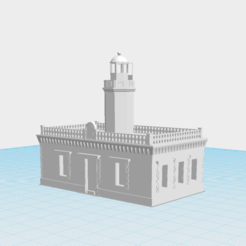 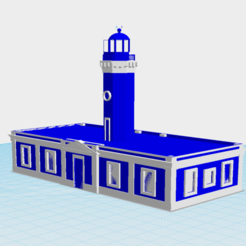 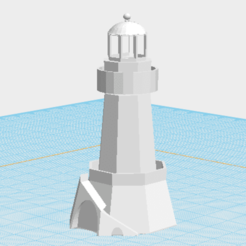