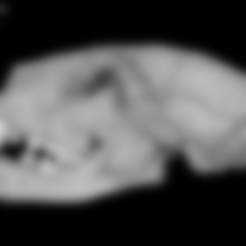 Panthera leo, the lion, is widely distributed in the open woodlands, grasslands, and scrub of Africa, and a single population (P. l. persica) resides in the Gir Forest of India. Panthera leo has been extirpated from Algeria, Arabia, Egypt, Greece, Iran, Iraq, Israel, Libya, Morocco, Pakistan, and Tunisia within the last 150 years, and from western Europe 2,000 years ago. Panthera l. persica is listed on CITES Appendix I and has been given endangered status by the U.S. and IUCN; all other populations are listed on CITES Appendix II.

Pleo
Panthera leo is a member of the pantherine lineage, which also includes P. pardus (leopard), P. tigris (tiger), P. onca (jaguar), Neofelis nebulosa (clouded leopard), and Uncia uncia (snow leopard). Fossils of their most recent common ancestor have yet to be identified, but mitochondrial gene sequence data suggest that species divergence began 6 million years ago. The earliest record of P. leo is from Laetoli, Tanzania, with a date of roughly 3.8 million years before present. By 900,000 years ago, P. leo reached Eurasia.

The Pleistocene lions, Panthera leo atrox (American lion) and P. l. fossilis/spelaea (Eurasian cave lion) generally were of larger (up to 25%) body size than the extant subspecies: the average body weight for male American lions has been estimated as 235 kg (518 lbs.) and that of females as 175 kg (386 lbs.). The extinct subspecies may not have been cooperative hunters, or perhaps only formed small foraging groups, behaving more like the Asiatic lion, P. l. persica. Fossil remains from Rancho La Brea indicate equal numbers of adult males and females, suggesting that the American lion hunted in pairs or alone.

This specimen of Panthera leo, a juvenile, was collected by Tom Larson, Zkukuza, Kruger Park, Transvaal, South Africa in 1948. It was made available to The University of Texas High-Resolution X-ray CT Facility for scanning courtesy of Drs. Blaire Van Valkenburgh and Jessica Theodor, Department of Organismic Biology, Ecology, and Evolution, University of California, Los Angeles. Funding for scanning was provided by Dr. Van Valkenburgh and by a National Science Foundation Digital Libraries Initiative grant to Dr. Timothy Rowe of The University of Texas at Austin. This lion is one of several felid carnivorans included in ongoing research of respiratory turbinates by Drs. Van Valkenburgh and Theodor.

This file is a 3D surface model that has been created using the original scan data for this specimen. It can be downloaded and printed out using a 3D printer/rapid prototyper or it can be rendered in a 3D application. These files are typically very large, so we do not recommend trying to download them without a high-speed internet connection.