Winter at The Louvre, Paris 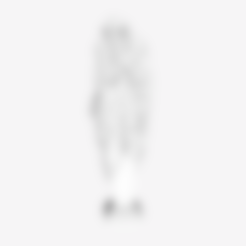 The personification of the seasons was a common theme for many sculptors post Rennaissance. Pierre Le Gros the Elder (1629 – 11 May 1714) was a French sculptor whose output was largely absorbed by the decoration of the château and the gardens of Versailles, often working to designs provided by Charles Le Brun (like for L'Eau (the Water)) and collaborating with other sculptors of theBâtiments du Roi. His son, Pierre Le Gros the Younger worked almost entirely in Rome.

The elder Le Gros was born at Chartres and was a pupil of Jacques Sarrazin. He was received into the Académie in 1666 and completed many commissions for Versailles including statues in bronze and marble, bas reliefs and fountains. At Versailles, his bronze fountain sculpture of a cupid, "the Genius of Royal Power" seated on an eagle that ejected a spout of water, was engraved by Jean le Pautre (his father-in-law) in the 1670s as part of the series of images that helped disseminate the Baroque Classicism of Versailles throughout Europe.

Another fountain sculpture for Versailles, Cherubs Playing with a Lyre, of 1672-1673, was removed from Versailles in the mid-eighteenth century and is now in the National Gallery of Art, Washington DC.

Projects for the Bâtiments du Roi were distinctly a coordinated cooperative affair. A case in point is the Porte Saint-Martin in Paris, designed by Pierre Bullet and carried out between 1672 and 1674. The team of sculptors providing bas-reliefs for the spandrels of the monumental rusticatedtriumphal arch were Gaspard Marsy, Pierre Legros, Etienne Le Hongre andMartin Desjardins and their assistants. Le Gros' contribution was The Capture of Limburg, 1675, but the subject, a seated woman by a supine lion, was dictated to Le Gros, and the general composition as well.