The eighteen disciples of the Buddha 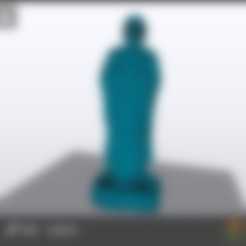 The eighteen disciples of the Buddha，come from chinese ,and thay are in the Shaolin Temple；18 arhats refers to a buddhist legend [1] eighteen forever live in the world, hold the teachings of the dharma [2], by 16 Luo Hanjia two honour person. They are both historical figures, both as a disciple of the Buddha. Sixteen arhats is mainly popular in the tang dynasty to tang dynasty, began to appear 18 arhats, to song dynasty, the popular 18 arhats. The emergence of the 18 arhats; May be related to Chinese culture to 18 in [3] about traditional preference

if you like the joss,please send emali to the fk3dpx@repraprint.com，i will give you more interesting model of figure of Buddha.;or you can get them from out website www.fk3dpx.com