Statue of Antinous as Aristaeus at The Louvre, Paris 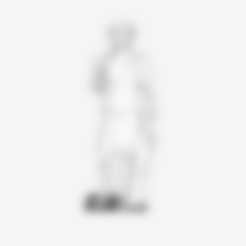 This marble sculpture represents Antinous (27 November, c. 111 – before 30 October 130) depicted as Aristaeus, a Greek deity associated with gardens, agriculture and bees. Antinous was a Bithynian Greek youth and a favourite, or lover, of the Roman emperor Hadrian. He was deified after his death, being worshiped in both the Greek East and Latin West, sometimes as a god (theos) and sometimes merely as a deified mortal (heros). After his death, because of his close relationship with Hadrian, Antinous was deified. Statues were made of him depicted as various gods or deities from different cultures. This formed the uprisal of smaller cults: in Egypt, the local priesthood immediately deified Antinous by identifying him with Osiris due to the manner of his death (falling into a river and probably drowing) where he was probably embalmed and mummified.

In October 130, Hagrian proclaimed Antinous to be a deity and announced that a city should be built on the site of his death in commemoration of him, to be called Antinoopolis.