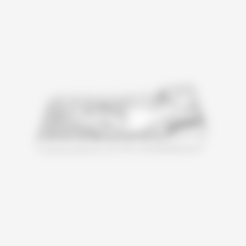 The Sleeping Hermaphroditus is an ancient marble sculpture depicting a life sized Hermaphroditus, reclining on a mattress sculpted by the Italian artist Gian Lorenzo Bernini in 1620. The form is partly derived from ancient portrayals of Venus and other female nudes, and partly from contemporaneous feminised Hellenistic portrayals of Dionysus/Bacchus. It represents a subject that was much repeated in Hellenistic times and in ancient Rome, to judge from the number of versions that have survived.

Hermaphroditus, the two-sexed child of Aphrodite and Hermes (Venus and Mercury) had long been a symbol of androgyny or effeminacy, and was portrayed in Greco-Roman art as a female figure with male genitals.

Theophrastus's account also suggests a link between Hermaphroditus and the institution of marriage. The reference to the fourth day of the month is telling: this is the luckiest day to have a wedding. Hermaphroditus's association with marriage seems to have been that, by embodying both masculine and feminine qualities, he symbolized the coming together of men and women in sacred union. Another factor linking Hermaphroditus to weddings was his parents' role in protecting and blessing brides.