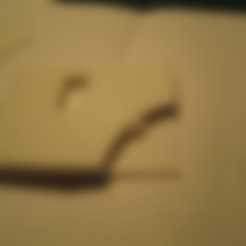 Since reanimating an atmosphere on Mars is not very feasible and to shuttle the amount of materials needed to build on-surface structures would be monumental I decided to make my station subterranean. By being below ground, it would be easier to maintain a living temperature, atmosphere, shelter from weather, less stress on structures and allow growth on demand. This concept is based on a two phase approach and tries to take advantage of existing terrain and resources. Essential to choose best crater location based on accessible buried ice and desired minerals.

Land Nuclear Powered Mining Robots at chosen Crater Location. Programmed and remotely controlled (IE: Rovers), to mine for ice, minerals and to tunnel pathways and open spaces. Nuclear Power provides for continuous use 24/7.

Priorities for mining robots would be to find buried ice and minerals. These areas would be staged for second phase ramp up. Allow robots to tunnel and remove debris for 70-80% of the entire project. Exact layout of the station would be decided on planet. Meaning there are too many unknowns to plan in advance an exact layout. Layout would be based on found locations of buried ice and minerals and geographic data obtained on planet.

Once enough progress is made in mining a second set of supplies and the first personnel would be sent. Once on planet the priority is to secure equipment needed to process Ice into potable water and oxygen. Once achieved, pressurization of living and working areas can be secured.

In reality Phase 2 is ongoing. Like an ant nest, itâs a work in progress. Making it bigger, more useful, secure and efficient. For example an on surface power plant would be needed long term.

STL Files will fit on print table but I printed mine at 25%. only took 35 minutes.