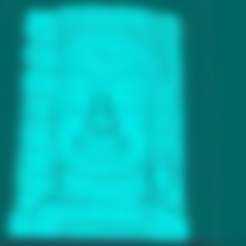 The Bayon Temple is one of the more famous, popular and beautiful of the structures in the Angkor Wat Archaeological Park. Situated just to the north of Angkor Wat itself, the temple was once at the centre of the ancient city of Angkor Thom. It is sometimes called Jayavarman's Temple, in honour of the Khmer king who ordered its construction. It is best known for its many towers with gently smiling faces on each side. There are some 50 towers around the ruined temple, with over 200 faces showing varying degrees of erosion and wear. Each face is 4 metres high and is facing one of the cardinal directions of the compass. They all have the same serene smile, with eyes closed, representing the all-knowing state of inner peace, and perhaps even a state of Nirvana. There are also many complicated and exquisite bas-reliefs around the temple, with scenes depicting land and naval warfare, market scenes and others depicting the construction of the temple itself.